Izzy Chaplin’s blog: All systems go for the Home International

“I can’t believe how quickly the summer holidays have gone already! After finishing my exams (hooray!), I got to go out to Spain with my friends for a week for a girlie post exam holiday. It was so nice to be able to relax by the pool and go to the beach. Once I was back from Spain I have really focused on the horses, getting them out training and competing ready for competitions later on. Hickstead Premier League was a success where Dora and I got a personal best in the Junior tests coming 3rd in the individual test. Unfortunately I had a bit of a blond moment, thinking my test was 1 hour later than it actually was (my mum and I were quite happily shopping over at the showjumping) and only realised 15 mins before I was meant to go into the test! Luckily the secretary was extremely nice and let me go in at the end of the class! Panic over! But I was extremely pleased considering all the hurdles we have had to jump this year! She needed to be a bit softer over her back and I made a few silly rider errors so there is still a lot to improve on but it was a great competition with a lovely atmosphere.”

“Shortly after I found out that I have been selected to represent England as part of the Southern Team at the BYRDS Home International in Wales next week! This will be my third time competing at the Home International but my first time competing in Wales! In preparation for the Home International I have been fitting in a lot of training sessions with my trainer Sarah Millis. We have been working on suppleness to improve the quality of her way of going and improving the quality of the movements. Some of the exercises included doing a figure of eight around blocks with a pole in the middle. This really helped with getting Dora to bend round my leg. I have already noticed a difference in her half passes which seem so much better and easier, so fingers crossed it will pay off next week.”

“Sid has been out to a few shows recently. I have been doing a few novices and he is really settling down and growing in confidence at shows and is improving all the time. I was extremely pleased with him at Hadlow College where we gained 67.5% in a novice getting great comments from the judges.
I am also pleased to say that both horses have qualified for the Petplan Area Festivals. Sid has qualified at Novice Open and Dora has qualified at Medium Open. I am also hoping to qualify them both for the music regionals and to qualify Dora at Advanced Medium open.”

“Currently I am working on putting together a music routine for Sid and Dora, however my limited musical ability is failing me at the moment while trying to search for music for Sid but I will keep everyone posted! In my next blog I will tell you about the Home International but you can keep up to date on my facebook and twitter page in  the mean time!” 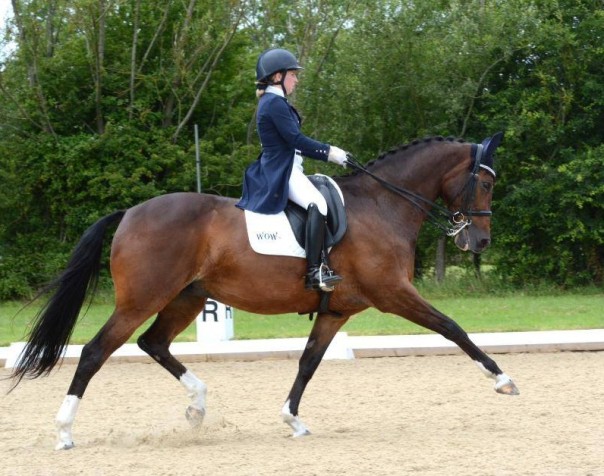 Fashion is important today and there are some fabulous prizes to be won for the best dressed, which Barbara Windsor will be choosing!

The crowds always love this event as it gives us a great chance to cheer on our team on home soil.

It’s the last chance to see all of the Olympic teams competing before London 2012.

The Garrick Surface Coatings Ltd Supreme Riding Horse Championship will be fought over and decided in the ring in front of a panel of expert judges.

We hope you will be there supporting team GB – we will be!

Today the action kicks off in the International Arena, with a host of British Showjumping Winter Finals.

We will be there, so if you are attending, please come and say hello.