Izzy Chaplin’s blog: Uni life and riding for the team

Despite her being very busy with student life, we had a lovely catch up with WOW Saddles rider Izzy Chaplin to find out how things are going with university and the horses…

“I have been at uni over a month now. It is such a change from being at home and definitely a bit of a shock not riding every day! Before I came up to Nottingham I managed to fit in a bit of training and competing. I took Dora to 2 Area Festivals to try and qualify for the winter national championships at Hartpury next spring. I also took Sid out to a competition in the first week of September. He behaved impeccably at the show. We did have a mistake in the test but we still managed to score over 67% to come 2nd so I was extremely pleased with him.” 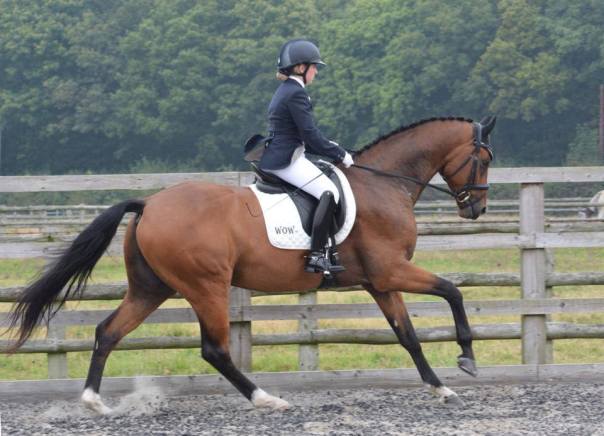 “Unfortunately the day before I was due to take Sid out to another competition he managed to pull his shoe off and due to early test times the next day we couldn’t have the shoe put back on until midday. I was absolutely gutted as he has come on so much in the past couple of weeks and I know that he still isn’t going at his best, especially at a show where he sometimes gets a bit nervous.”

“Then it was Dora’s turn. Firstly I took her to Wellington Riding area festival to do the medium open. I was one of the first to go in my arena so it was a nice and early, 4 o’clock start. Dora warmed up really well and didn’t put a foot wrong in the test. Unfortunately, I pushed Dora a little bit too much in the extended trot which meant she broke into canter so we were marked down quite a bit for that. But we ended up in 3rd place, just 5.5 points behind the winner’s total marks, so it was very close. This made me even more motivated to do well in the next area festival.” 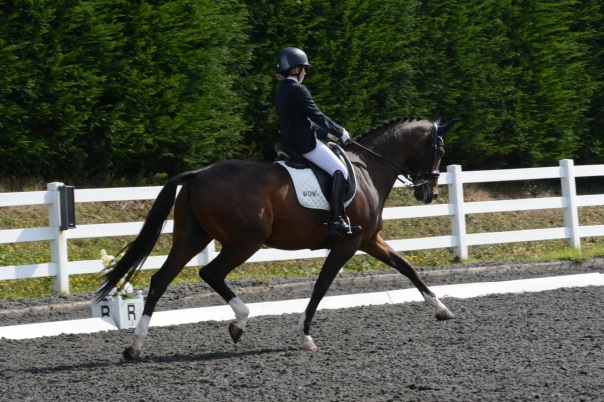 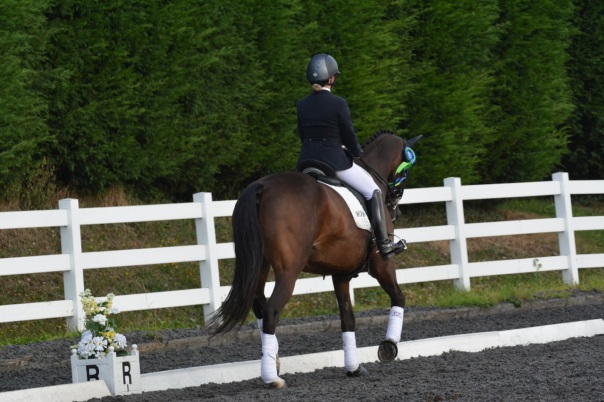 “After going to uni I managed to come back home to have a ride and have a lesson on both Dora and Sid with Henry Boswell. Both lessons were brilliant especially with Sid. We got great leg yields and the canter work improved so much! Unfortunately as I am at uni we decided that Sid should go back to his owners. It has been a great learning experience working with Sid and he will be missed by everyone at home, especially for his cheeky personality. He is such a talented horse with so much to give and I am so grateful to Maggie and Dave for giving me this opportunity.”

“Lastly, I have some good news. I have been picked for the Nottingham Uni Riding A Team. This means that I will be competing for the University of Nottingham at competition against other unis. It will be a very different experience to what I am used to as you ride a big variety of horses, but it should be very fun and I should learn a lot! I will keep everyone updated on how the team does.”